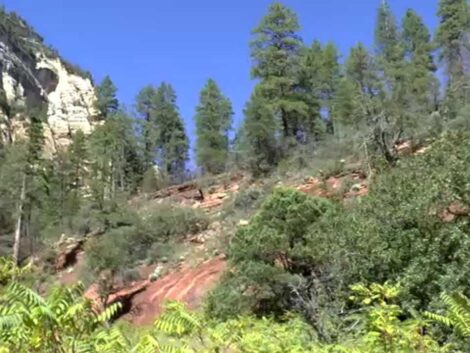 Filmed in October 2, 2014, the area had just reopened after flash flood warnings were over. Plenty of evidence of the wildfire earlier that year as you can see on the video. Perhaps most scary was that not only could you see large areas in other places but sometimes it as just a small patch, or a single tree detached from other areas that had burned. Anyway just took a small walk around the area for an hour or two and then were off to ride a MTB trail(iirc) followed by lunch.

I have played Fallout for many years, not everything has been on YouTube. At the moment of writing, I am playing Fallout 76. Mostly in Co-Op mode with Josh from Florida. The time difference and the distance are an issue but we try to get it to work. Whenever we can find the time, we are playing and streaming here on my channel. In the beginning we had a lot of issues as we learned how to get it to work. Also the internet sometimes acts up, I am blaming the distance between Florida and Denmark. Subscribe to my channel END_OF_DOCUMENT_TOKEN_TO_BE_REPLACED